Are you sure you want to delete this?

The  Private sector is coming into picture for manufacturing of defence goods, as the green flag is given by the new government.  And the most important part is, President of India Mr. Pranab Mukharjee is showing up an  Interest and encouraging  private sector investment  to  dive in defence goods. 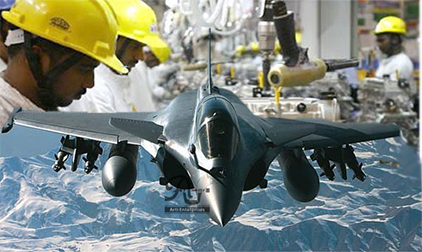 Getting defence license was not the easiest task for private manufacturers .  The government was  continually being accused for inactive response on applications for  the same not less than  5 years.

But the  situation is not similar today. Nearly 55% to 60%  items are now removed from the list, According to government official reports. So the items that are not included in the list would not require a  license  for manufacturing of those defence goods the commerce and industry minister said.

Now the  license is not mandatory  for Companies to manufacture components,  castings and sub-assembly parts, officials of Industrial policy & promotion added in their report.

Companies will get right to manufacture a number of defence goods due governments decision  on deregulation for  the private sector.

The rest of the sectors are also not kept deprived of this deregulation benefits.  Companies can openly dive  in and manufacture whatever they want without any restriction on quantity ofcorse not compromising on quality.